The mastermind behind an ambitious film tax scam was the bankrupt property developer Bashar Issa.

Mr Issa, now based in London, was behind several property schemes in Manchester. He could face jail for his part in the £2.8m fraud which involved hastily shooting a film after being investigated by HM Revenue and Customs.

He was chief executive of BS Construction, BS Development and Issa Developments, all of which went into administration in May and July 2008 owing a combined £44.5m to the banks. He was declared bankrupt in 2009.

In Manchester he was responsible for the partially built Issa Quay which is now a 12-storey serviced apartment block on Dale Street and the foundations for a 21-storey residential Sarah Tower on Lena Street, which is now a Premier Inn hotel.

He also put up the steel frame for the mixed-use Sarah Point on Great Ancoats Street. The Homes and Communities Agency is currently working with UK Land and Property to complete the project. Mr Issa also bought the Statler Towers in Buffalo, New York and pledged to build the city’s tallest skyscraper.

Born in Kuwait to Iraqi parents, Mr Issa enjoyed a high-rolling lifestyle with connections at the highest level. After the Gulf War he claimed to have spent a week discussing regeneration schemes with the then President Jalal Talabani, and Prime Minister Nouri Al-Malaki.

HM Revenue and Customs (HMRC) investigators found that the film, A Landscape of Lies, was never intended for the big screen and was a sham production.

It said the real intent of the production company, which also included two men from Manchester, was to take £1.3m in film tax credits and defraud the tax man of £1.5m in VAT.

Mr Issa, now going by the name Al-Issa, was convicted in London this week along with Aoife Madden, of Northern Ireland, Tariq Hassan, of Essex, Ian Sherwood and Osama Al Baghdady, both of Manchester.

They told auditors their company, Evolved Pictures, had a budget of over £19m provided by a Jordanian company to produce a blockbuster film in the UK.

During checks HMRC found that the work had not been done and most of the suppliers and film studios had never heard of the gang. Evolved claimed a VAT repayment of £1.4m and made fraudulent tax credit claims of £256,385, while preparing to submit a further claim of £1.03m.

All five were convicted of conspiracy to cheat the public revenue in London this week and will be sentenced on March 25. 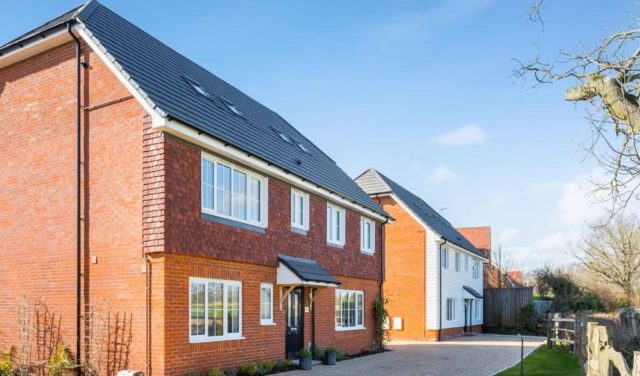