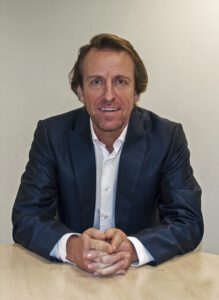 Rewind to January 2013 and one of the outcomes of the first Capital Bridging Finance broker survey was the demand by brokers for longer period ‘short term loans’. In 2012 50% of brokers had a regular loan length of six months with 25% reporting a 12 month emphasis. In the same survey when asked “What areas of funding do lenders need to address the majority of brokers called for longer term loans (they also asked for higher LTV’s too).

Fast forward to February  2014 and the second survey reveals that not only is a 12 month loan term now  the norm with over 50% of respondents but again the majority want even longer periods.

Commenting on the results of the survey Keith Aldridge MD of Capital Bridging Finance said;

“We have been delighted with the response to this year’s survey with a 100% increase in the number of brokers expressing their honest opinions about what they expect of the market in 2014 and what they think of Capital Bridging’s offering and how it should be improved.

Further findings from the survey showed;

Darren Baker of Peritus Private Finance a respondent in the survey commented;

“Peritus Private Finance has ambitious plans for the future which has to include lender partners who are responsive to our demands for excellent service and innovative products.

Over the years we have responded to many surveys but few have been as positive as Capital Bridging in responding to our suggestions. Capital Bridging certainly listen and whilst we know they cannot be all things to all brokers we know they try to be, where possible. We look forward to the new range of solutions we believe they will bring to the market as a result of this vital piece of field research.”

“Our survey is qualitative, targeting just 300 specialist brokers from our data base.

We will be using the feedback from these specialists to improve the broker experience with Capital Bridging, to extend our product offering and to help support our membership with the ASTL. It is this type of information that will strengthen the reputation of the short term funding sector.

Capital Bridging will be making some significant announcements in the months ahead and a great deal of what we will be saying will be in response to those who took the time to complete the survey”. Much of the data gathered is sensitive as it will provide the foundation for our plans over the next few years and so we are very grateful for all those who found the time to complete the 13 question survey.”

Capital Bridging offered £250 worth of theatre tokens via a prize draw for all those who completed the survey and the winning name was drawn by Adam Williams the deputy editor of Mortgage Solutions at the recent Mortgage Strategy awards and the lucky winner is Colin Stevens of Colin Stevens Private Clients, Hitchin, Surrey.