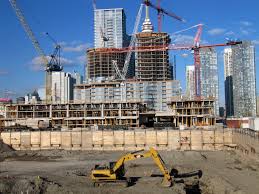 Scotland’s construction industry could suffer in the event of a vote for independence from the UK, according to Barbour ABI and reported by IP Real Estate.

With a week to go before the referendum, a vote in favour of Scottish independence could jeopardise £7.8bn (€9.79bn) of construction works, according to the report ’Construction: A Bright Future?’.

Michael Dall, lead economist at Barbour ABI, said: “In the past 12 months, construction in Scotland has outperformed other areas of the UK, with it having the third highest volume of contract value, only behind London and the south east.”

Companies outside Scotland are behind around a fifth of the planned £38bn of construction contracts in the pipeline. “It’s unsure what will actually come to fruition if it’s a yes vote,” Dall said.

Earlier this month, delegates at an AEW Economic Briefing, held at London’s Caledonian Club, discussed the impact of a vote for independence.

In its report, Barbour looks at the top 10 firms with ongoing investments in Scotland. TIAA Henderson Real Estate, Land Securities and The Peel Group all have projects in the pipeline. Henderson is due to start work on a £850m mixed-used development in Edinburgh’s St James Quarter, due for completion in mid 2018.

A large number of projects in the pipeline are in the renewable energy sector – subsidised by the UK-wide renewable obligation. These, says Dall, could also be called into question.

Negotiations between UK and Scottish governments could be “prolonged and complex, posing a potential risk to both public and private sector contracts”.

Next Thursday’s result, Dall says, will certainly lead the construction industry into “unchartered territory”, with potential implications for firms and employees in Scotland and the rest of the UK.

Residential fund manager Hearthstone Investments, meanwhile, says it will continue to invest in Scotland, with its plans unaffected by next week’s vote.

Christopher Down, chief executive, said the fundamental drivers for value in UK residential property are a chronic shortage of suitable housing stock.

In the event of a ‘yes’ vote, the firm would look to eliminate currency risk in its investments and is anticipating ”some short-term turbulence in the market”.

”Otherwise, we remain a supportive long-term investor in housing projects in Scotland and the rest of the UK,” Down said.