What do you do when taking a job as only the 8th person that company has ever hired? The answer, of course, is you do everything.

“You essentially create your own pathway. There isn’t necessarily a clear plan or an idea of the next job you can take so you really are in competition with yourself,” says Henry Manley-Cooper, now head of credit analysis at Avamore Capital, who found himself in just such a position when he joined the young lender in 2018. “It is something,” he adds,” I personally love”.

Avamore Capital was incorporated in 2015. In Spring 2021 it hit £300m in loans, after a turbo boosted few months having reached £250m in total lending only in January. The breakthrough point was a £2.5m deal using its increasingly business-integral Finish & Exit product, on a part built development of two 3-bedroom houses and seven flats where the borrower had ran out of time on their existing facility.

The lender credits Manley-Cooper as being a key catalyst for its growth since he joined as the team’s first transaction analyst. Speaking to him it’s easy to see why – Avamore’s commitment is to offer “a seamless and consistent customer experience in every transaction”, and it’s an ethos he clearly takes to heart. “I want to push the limits for my career but also for Avamore as a business,” he says, “we are always discussing how things can be improved”.

Rather than compete by comparison, he says Avamore asks how it can do better against itself. “We hold ourselves account to our own performance. If something used to take five days and we’ve cut it down to two, that’s great but our next thought would be, ‘so how can we make this one day?’,” says Manley-Cooper, who is now responsible for leading a team of four analysts. “There is always room for improvement, that’s how we can always make things interesting”.

After his undergraduate degree (in economics, finance and international business), Manley-Cooper, hungry for practical knowledge, and pizza apparently, ran around scooping up as many work experience opportunities as possible, including in the marketing department of Dominos Netherlands organising tasting events in Holland and Belgium. “I had some interest in real estate but not a clear picture of where I wanted to head,” he says, “at graduate level, you only scratch the surface on what you can do in our sector”.

Eventually he blew into the office of a chartered surveyor. After a two month stint, he knew it wasn’t love, but his manager gave him some advice – “take on further study,” he says. After a brief hiatus of work and travel in Malaysia, Manley-Cooper signed up for a Masters degree in real estate. Postgraduate degrees are notoriously expensive and lack the level of financial support afforded to undergraduates; it meant moving back in with his parents, and juggling study with a job as an estate agent.

“I was relatively lucky, but it was an incredibly demanding year,” says Manley-Cooper. He admits a Masters was not necessary to enter the industry or to get the job at Avamore, but gave him a “good grounding” and more importantly, in an increasingly highly competitive field, provided a strong careers network – with alumni associations a “huge benefit”. Avamore has recruited four analysts, including Manley-Cooper, through university careers boards. “While it’s not the only factor which should drive the decision to take on a degree, it’s certainly helpful,” he advises those considering ways into finance and property.

Once through the door though, there has been no holding Manley-Cooper back. Some graduates seek out large blue chips as a model first employer, thinking, as established companies, they provide the best learning environments, remuneration packages, and security. Manley-Cooper says his experience is smaller, younger companies like Avamore can have more to offer those early in their career.

“Being part of a growing company you develop organically and, I believe, so much quicker than anyone on a strict graduate programme,” he says. Access to key stakeholders from the get-go has been “invaluable to my learning”. Likewise the trust extended to him even as a more junior team member, under the guidance of older hands – so often a mix of choice and necessity at smaller companies. “Because of that I had step out of my comfort zone to ensure the best for Avamore,” he says. Looking at the lender’s outsized growth and Manley-Cooper’s contribution to that, it looks like a set-up that is very much working for everyone. 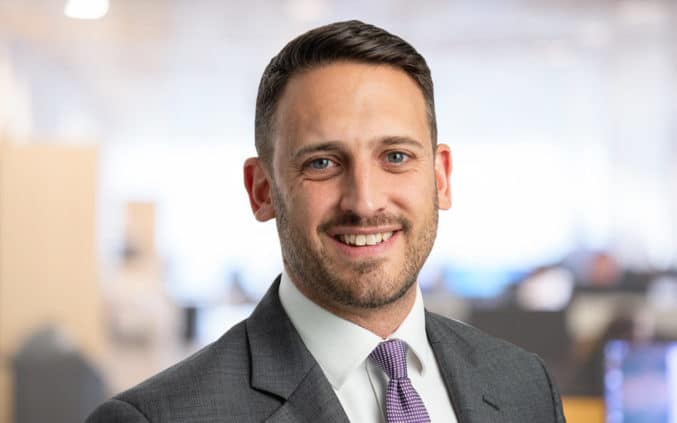