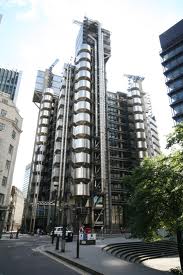 The £260m (€301m) acquisition of the iconic Lloyd’s Building by Ping An Insurance could prompt a wave of other London property deals by Chinese institutional investors, according to Savills and Gaw Capital Partners and reported by IP Real Estate.

Jon Crossfield, director within Savill’s central London team, described the deal as “a potentially landmark transaction, given it is the first by a Chinese insurance company overseas”.

Commerz Real, which acquired the building in 2005 for £231m, sold at a price that reflected an initial yield of 6.1%. Savills, along with CBRE, were advisers to the deal, and Gaw Capital Partners made the acquisition on behalf of Ping An.

Goodwin Gaw, chairman of Gaw Capital Partners, told IP Real Estate that he expected to see growing interest in London property from Chinese and Taiwanese insurers (the latter are expected to benefit from the lifting of rules that restrict foreign property investments).

“The Asian economies are all getting larger, so insurance companies with premiums from a larger economy need to diversify their income stream both in terms of currency and across economies,” he said.

“In the UK and US, the economic cycle offers relatively compelling returns for these large insurance companies.”

Gaw added: “The more conservative investors like insurance companies in China and Taiwan, and some of the larger Korean pension fund investors who have been active in the London market, tend to go for something shiny, with a long lease term to a large corporate, which London has a number of.”

Mat Oakley, head of research at Savills, told IP Real Estate that the Lloyd’s Building transaction could set in chain a series of London investments from Chinese institutions in line with the increased activity by Korean, Singaporean and Malaysian investors in recent years.

“You tend to get a quasi-state, or very senior organisation, doing the first deall which is followed by a flurry of other institutional investors, small and large,” he said.

“We reckon this could account for up to £10bn targeted at London over a relatively lengthy period.”