Perception of bridging different to the reality 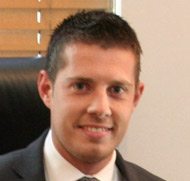 Reading the findings of Central Bridging Loans’ survey of brokers this week, it was disappointing, if not wholly surprising, to learn that most brokers feel the negative perception of bridging remains its biggest problem.

It’s a problem that the industry has endured since its launch, as many consumers still do not understand how bridging works and why it is there.

Instead, they just see the headline rates, compare them to conventional term mortgage rates (which is comparing apples with pears) and then write bridging off as a grubby and Wonga-esque loan of last resort.

In reality, nothing could be further from the truth and few can deny that things have improved considerably in recent years.

Since 2009, we have seen the emergence of a new breed of transparent and responsible lender, while rates have also down come significantly due to the increased competition in the market.

What did surprise me in the survey was that most brokers believe lenders tightening their criteria is the second biggest problem in the sector. While there will always be some lenders that have more stringent criteria than others, I have not seen a definitive trend in this direction across the industry. If anything, some lenders have become more relaxed.

Brokers may have a point, however, when they say that lenders are infinitely more inclined to lend against property located within the M25 as they are outside it.

But again, it’s not true to say that investors should forget bridging if they’re not in the capital. There are a number of lenders that are very active elsewhere in the UK. Again, the important thing is to know who those lenders are and what they require.

It was also no surprise that the majority (40%) of brokers felt that speed of decision making was the most important requirement when choosing a lender. Speed is integral to bridging and if a lender can’t turn things around fast, they’re in the wrong game.

The fact that speed of decision making was ranked almost twice as important as rate shows that brokers have got it right. There’s no point having a great rate if there’s no deal because you’ve run out of time. Speed is generally what counts most.

‘Knowledge and relationships really are king’