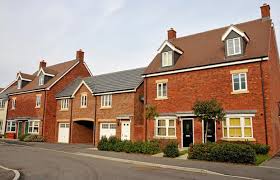 UK house prices increased by 6.8% in January 2014 compared with a year earlier, up from 5.5% in December 2013, according to the latest ONS House Price Index.

House prices grew by 7.1% in England, 6.9% in Wales, 1.4% in Scotland and 2.7% in Northern Ireland. House price growth is increasing strongly across some parts of the UK, with prices in London again showing the highest growth.

“The rise in prices indicated by the ONS certainly doesn’t come as a surprise, given the consistently upward trend we’ve witnessed over recent months. Inevitably there will be some who greet the news with trepidation, but a burst bubble is by no means a foregone conclusion.  Provided that property investors, brokers and lenders conduct themselves with an eye to the future – in the full knowledge that base rates will not remain this low for ever – we don’t need to fear what’s ahead. Sensibly geared portfolios and a savvy approach to location will allow brokers and their investor clients to make the most of the current property climate, and will stand them in good stead if prices do level out in the not too distant future.”

“House prices are still on the rise, and we’re seeing a huge amount of activity by investors keen to take on more projects as stock continues to fly. That said, it’s also becoming harder for property investors to secure deals and in recent months we’ve noticed a growing number re-thinking their strategies or looking in different geographical areas.

“The challenges are particularly noticeable in auction situations in certain London postcodes, where it’s incredibly hard to succeed. As a result, we’ve seen short terms loans grow in popularity among investors who want to boost their chances of success in a fast moving market.

“Now more than ever, investor clients will be looking to brokers to support them with robust solutions and sound guidance. The opportunities out there for investors are huge, and brokers who can help their clients to act quickly and sensibly will reap the benefits.”