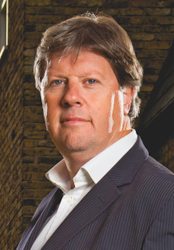 Mirror, mirror on the wall, who is the cheapest of them all?

Sounds crass I know, but my Fincorp colleagues and I have recently been developing the idea that there are more and more lenders doing vanity loans in the bridging market. What do I mean by that? Well, the short-term nature of bridging means that in order to cover costs and make a decent enough return for investors, bridging lenders need to charge a certain amount.

At Fincorp we’ve been doing bridging loans for more than 25 years and in that time the calculations involved in working out what it costs to do a bridging loan have remained pretty much the same. Of course we want to make money, but ultimately, the rates we charge are the most competitive they can be.

Over the past four or five years, rates across the market have fallen according to various indices compiled by other lenders and trade bodies. But behind that headline decline in average bridging rates hide some uncomfortable truths in my view. Bridging costs are pretty fixed – all lenders would agree on that. The cost can vary based on cost of funding, but not by much. So how then can we have a market where bridging rates have fallen from as much as 2 per cent a month to as low as 0.7 per cent over the years when the base rate of interest has stayed static at 0.5 per cent?

The answer, simply put, is that margins are being squeezed.

But while cheaper loans are in the interests of borrowers, I suspect there are now lenders offering rates that not only can they not afford commercially, but that are actually losing them money.

These “vanity loans” have to be paid for somehow though, and it’s this that I fear could be a poisoned apple for the industry.

There are two obvious problems here: one, what a lender loses in rate he will make up for in fees; and two, if one loan loses money, another has to make double the margin to make up for it on the bottom line. Both problems come down to lenders finding ever more crafty ways to pile fees onto borrowers who end up paying the same or more for the loan by the time they’re finished as they would have had they simply taken a no-fees deal with a slightly higher rate.

There is also the potential that the need to make far larger returns on some loans to pay for loss-leaders elsewhere in the book drives some less scrupulous lenders to deliberately agree terms that are too short for borrowers’ needs, thereby ensuring a hefty whack of margin in the form of extension fees. This is bad enough for the borrower but for the industry there’s an even bigger problem I think. The rush to the bottom on bridging rates signals a market that is overcrowded and elbowing for market share. What we’re seeing is a land grab by lenders who are hoping they can weather a period of making losses on loans by forcing the more expensive competition out of the market at which point rates will start to go up again.

But cutting rates to the point that jeopardises the profitability of the business is a fool’s errand – and it’s one we’ve seen before: in 2007 sub-prime mortgage rates were in some cases lower than full prime rates. Lenders were so obsessed with market share they forgot to (or decided not to) price for risk. I need not remind anyone how that story ended.

Bridging is all about risk – all the more so because it is short term. And vanity has never done anyone any good at all. Not for nothing are we warned that pride comes before a fall. It is perhaps a lesson worth remembering.