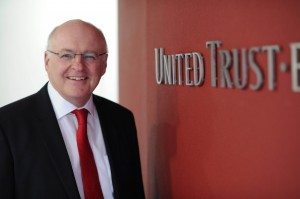 The findings of United Trust Bank’s most recent broker survey also reveal that the vast majority (86%) of brokers expect the base interest rate to remain unchanged until at least the end of 2013 and two thirds (67%) expect the UK’s rate of inflation to remain above the Bank of England’s 2% target.

House price indices compiled by Halifax and Nationwide both indicated a small increase in UK property values in June 2013 with London showing the greatest level of growth.

“We’ve certainly seen a significant upturn in activity in our Development Finance Division both in terms of the volume of proposals received and the size of the developments we’re being asked to fund. Although developers have continued to build where there are pockets of strong demand, recent activity suggests that these areas are widening and developers are consequently starting projects to meet this growing demand.

“Much of the UK housing market has been in the doldrums for the best part of five years but I sense that consumers who have been putting off getting on to the property ladder, or moving to something bigger, are now deciding that it’s time to get on with their lives. Recent comments by the new Governor of The Bank of England have reassured home owners that interest rates are set to remain low for some time.  This coupled with the Help to Buy Scheme will help the recovery of housing demand spread over a wider area more quickly.

“Increased activity combined with a shortage of housing stock can lead to property prices increasing which in turn feeds more confidence into the market. Although it may be a bit early to celebrate a widespread recovery these signs of increasing confidence and positivity certainly bode well for the future.”