According to a study by Savills and Shelter, over 300,000 planned new homes may remain on the drawing board over the next five years, the equivalent to the Government’s annual target of new homes.

Lockdown-induced delays in construction and the subsequent recession will cut the number of new homes being built by 85,000 this year alone.

Worryingly, construction of the cheapest social housing will suffer most. The research shows that social housing could fall to a tragic low of 4,300 units annually – the smallest number since the second world war.

But Mr. Johnson, who promised his government would ‘put its arms around people at a time of crisis’, may find a solution to the housing crisis by looking at the alternative finance space.

At a time when large-scale public borrowing will see an unprecedented deterioration in public finances, we believe there will be an increased pressure for the Government to consider new and innovative sources of funding, especially peer-to-peer property lending, to tackle the housing shortage.

Alternative lenders can and must be part of the solution to help deliver Mr. Johnson’s vision and build the homes the country needs.

Indeed, they hold the key to the success of Mr. Johnson’s ambitious proposal. There are three key reasons for this.

This is because alternative lenders are young dynamic organizations filled with entrepreneur-minded doers and go-getters who, in many aspects, are trying to do the same thing as their borrowers are: build a sound business.

For example, at Blend Network while operating within the FCA’s highly regulated framework, using some of the best Legal500 lawyers and award-winning quantity surveyors, our lending managers compliantly communicate with our borrowers over recorded online communication tools to ‘get things done’.

This is because while the industry is highly regulated by the FCA, often small and agile organizations can make or break a deal. These firms are happy to think outside the box as long as the deal makes sense.

For example, at Blend Network a number of our lending managers are former or current property developers and investors.

Therefore, instead of approaching the due diligence process from a ‘spreadsheet’ mindset, they approach it from a property developer’s mindset.

Not only are they able to understand, assess and price the risk accordingly, they are also often able to offer advice to borrowers.

In other words, lending managers are able to speak the property developer’s language.

Third, due to their nimbler size and the lack of heavy legacy processes, alternative lenders are able to offer a smoother, faster and more tailored service.

For example, Blend Network’s origination and underwriting team are one; all lending managers are decision-makers. Such efficiencies are key, especially in the property development sector where time is money and any delay in decision-making may translate in lost deals, extra costs, or both. 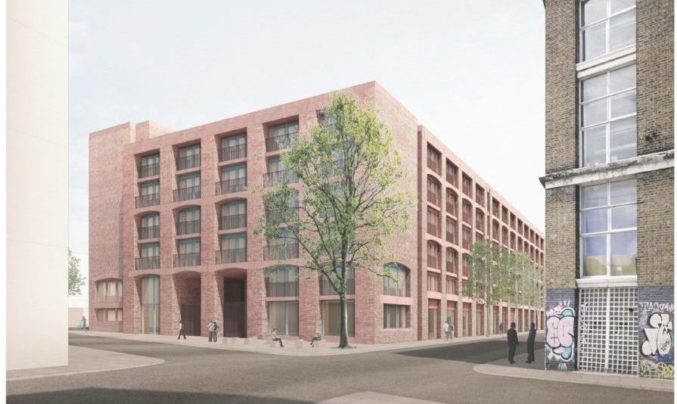