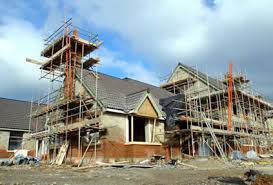 Cordea Savills has launched its second London residential development fund with backing from Asian capital according to IP Real Estate.

The Prime London Residential Development Fund II, the company said, had its first close after a Singapore-based bank committed around £33m. The fund manager is targeting an equity raise of £100 to £150m and is expecting a series of closings over the next six to nine months.

It will look to capitalise on a shortage of housing stock in the city by focusing on mid-market developments in areas where the supply-demand imbalance is most acute.

“Only around 22,000 new homes were completed in London last year, well below the target of 42,000 required to meet demand, with the most acute supply shortage in the mainstream market.

“The development opportunities offered by London make it one of the most exciting investment stories in the property sector at the present time.”

“Over the past couple of years much of the attention has been on the prime postcodes – there is a bigger story to tell in Greater London where there is a greater shortage of stock, proven demand and a pool of talented developers seeking funding to address the balance”.

Like its predecessor, the fund give investors a share in development profits and will target a net return of 15% to 18%.

Cordea Savills said it would invest alongside “proven developers in off-market transactions”.

The closed-end fund, which will have four-year term, has the option to extend for a further two years. Cordea Savills said the fund could use gearing.