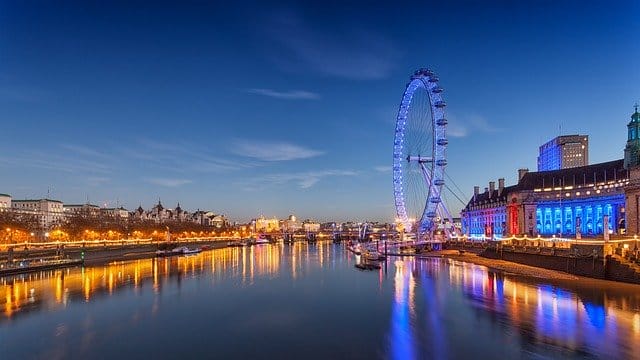 After diminished take-up in the London office market this year, particularly in the first six months, there is light ahead for developers in the Capital, according to a study from Cushman & Wakefield.

With companies adopting a ‘wait-and-see’ attitude towards property decisions in 2011, it is expected that the London office market will benefit from some of the resulting pent-up demand next year. When asked about their organisation’s strategy in 2012, just under half of London companies (49%) described it as one of opportunistic growth and just under one-fifth (17%) will be looking for aggressive growth.

The national survey, carried out by Lighthouse Global amongst 500 of the UK’s largest companies, of which 213 have a London head office, shows that businesses are scrutinising their real estate strategies for ways to use property more efficiently. Over a third (40%) of the London-based companies surveyed have a turnover in excess of £500m.

London as a location remains a key aspect to successful business strategy. Over three-quarters (77%) of businesses with a London head office view it as important to be situated in the city, and of them, over half (52%) consider it ‘extremely important’.  However, over one fifth (21%) believe that London’s position as a global centre is likely to come under threat, and a further 24% are undecided about London’s future as a pre-eminent global centre.

“2011 has been characterised by generally low levels of take-up across London. Next year, despite the troubling economic conditions, we expect things to pick up for landlords, investors and developers. There will be hot spots of office activity, and these will involve traditionally West End businesses moving further afield – expect to see activity in areas such as Clerkenwell, Shoreditch and Southbank as our creative industries seek to find cheaper space in up-and-coming locations. Respondents in our study show a strong commitment to London, but the city cannot afford to rest on its laurels.”

Given the uncertain market outlook, the study shows that it is more important than ever to align real estate decisions with the wider needs of the business, with flexibility and efficiency the overriding priorities for 2012. The clear message is of occupiers looking to drive their use of office space harder. Despite anticipation of increasing revenues and some increases in employment, only 17% anticipated an increase in floorspace over the next year. Working practices are being reviewed with 72% of respondents likely to introduce flexible working practices to use existing space in more efficient ways.

Along with ‘total property costs’, ‘availability of suitably skilled workforce’ drives property decision-making for most respondents (76%), while access to public transport is third overall.

“Occupiers are looking for real estate to support their corporate aims, primarily by seeking to work their space harder.  This is a key trend that we are seeing across all business sectors. Longer term, developers and owners of real estate need to go further in providing buildings that meet the demand for more intensive use of space.”

With cost the most important factor driving real-estate decision-making (82% of London companies citing it), flexibility in terms of space and lease length is critical. Lease flexibility is considered the greatest risk associated with property decisions. The survey found 21 months to be the average length of time taken by London companies to consider a lease event in advance. Cushman & Wakefield argues that forward planning for leasing must be a stronger focus otherwise businesses can see greater real estate costs.