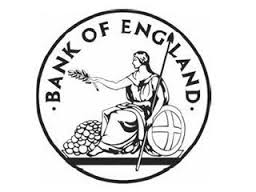 Indicative measures of the spread over relevant swap rates on longer-term bank wholesale debt were broadly unchanged over 2014 Q1. Spreads over reference rates on new lending were unchanged for small businesses, fell for medium-sized businesses an dfell significantly for large businesses in 2014 Q1, according to respondents to the Bank of England’s Credit Conditions Survey.

Over the past year, credit availability had eased for firms of all sizes and all sectors, according to a survey by the Bank’s network of Agents. Demand for credit across all business sizes increased in 2014 Q1, according to respondents to the Bank of England’s Credit Conditions Survey. Lenders in the Credit Conditions Survey reported that the availability of secured credit to households increased for the seventh consecutive quarter and demand for house purchase increased in 2014 Q1.

“Lending to small businesses is critical to the country’s economic recovery and it’s disappointing to see that lending still hasn’t picked up significantly. In part this is due to an on-going lack of awareness among some SMEs about alternative sources of finance. The government’s support of the specialist banks is very encouraging but we should all continue to spread the word that there are options beyond the high street. Brokers are key to giving borrowers an overview of the market and can help to educate small businesses that there are banks like us with a real appetite to lend.”