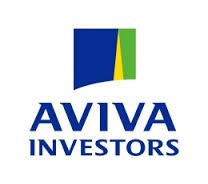 The total size of the fund, which is managed by Anna Rule, now stands at GBP140m.

Aviva Investors said that although there was still interest in the fund from other investors, it thought that a delayed final close would not be in the interests of existing investors. The fund therefore closed with GBP140m of equity commitments rather than its original target of GBP250m.

The fund, which launched in September 2013, is ungeared and invests in UK commercial real estate with a focus on secondary assets and targets a return of eight to 10 per cent per annum (net of fees) and a distribution yield of six to 6.5 per cent per annum. The fund’s aim is to sell assets opportunistically once individual business plans have been completed and maximum value realised. The fund has a life of five years.

“Within the fund, we have aimed to take advantage of the short-term opportunity in the pricing gap between secondary and prime real estate. Since launch, investment activity has already seen the purchase of 13 assets with a collective value of c.GBP75m. The fund has therefore deployed a significant amount at an early stage of the current cyclical upturn, thus benefiting from attractive market pricing. The focus has been principally on the industrial and the office sectors, although purchases have also been made in the retail warehouse and high street retail sectors.”