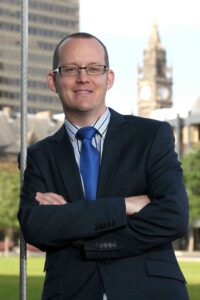 Aldermore, the new British challenger bank, has been voted ‘Asset-Based Lender of the Year’ for the third consecutive year in the Insider’s North East Dealmakers Awards 2012.

The awards, which were presented at the Gosforth Park Hotel in Newcastle, recognises institutions and individuals who have made a significant contribution to deal-making within the business community of the North East. Aldermore won the ‘Asset-Based Lender’ award against stiff competition and was commended for ‘Having built an excellent reputation, for providing a personal touch to business relationships and having delivered some outstanding results’.

Calvin Dexter, Associate Director of Sales at Aldermore Invoice Finance, collected the award along with Rob Hatfield, Regional Sales Manager responsible for the North East. Calvin said: “This is a significant achievement and an excellent reward for all the hard work put in by Rob and the team in the North East, who have established excellent working relationships with other professionals in the region. We look forward to working on other deals during the year ahead.”

Established in 2009, Adermore has assets of £1.2 billion and has lent more than £850 million to over 10,000 SME customers. Its aim is to support SMEs typically requiring funding of up to £10 million with a range of competitive finance facilities which are supported by a reliable, high quality service.